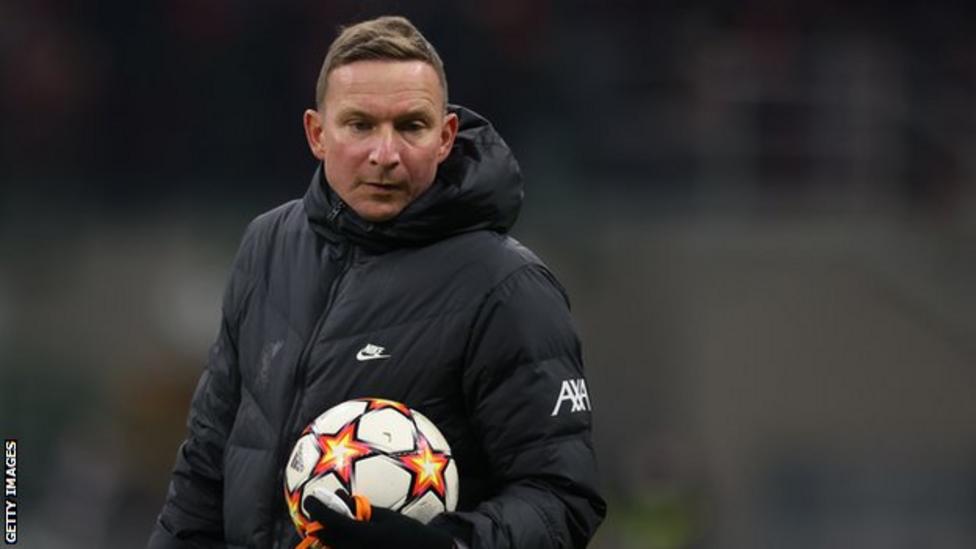 Assistant boss Pep Lijnders says it is “absurd” that Liverpool must play two games in four days given the number of Covid-19 cases and injuries at the club.

The Reds drew 2-2 at Spurs on Sunday and take on Leicester in the Carabao Cup quarter-final on Wednesday.

Premier League clubs chose to fulfil festive fixtures at a meeting on Monday despite a rise in Covid-19 cases.

“We love the intensity but we all have to respect recovery,” said Lijnders.

He added: “We think it is absurd we have to play after 48 hours. It’s a much higher risk of injury.

“You’ll have to ask the teams why they want to play. With the Covid cases being this fresh, it’d make sense to have more time before the next game.”

Liverpool were missing a number of key players against Tottenham, with Virgil van Dijk, Fabinho and Thiago Alcantara among those absent following positive Covid tests, while captain Jordan Henderson had a cold.

Jude Bellingham ‘would advise’ footballers to get vaccinated
Lijnders also said the Premier League should listen to the scientists and not club executives when making decisions about how to deal with the impact of Covid-19.

It had been suggested that the Premier League’s gameweek 20, starting on 28 December, would be postponed in order to ease the pressure on squads.

But the clubs have instead been advised if they have 13 fit players, plus a goalkeeper, they should fulfil their games.

“For me the experts are not the managers, they are the scientists and the doctors,” said Lijnders.

“We should follow their guidelines. The Premier League should ask them, not the CEOs, not the managers, because health always comes position number one above everything.”