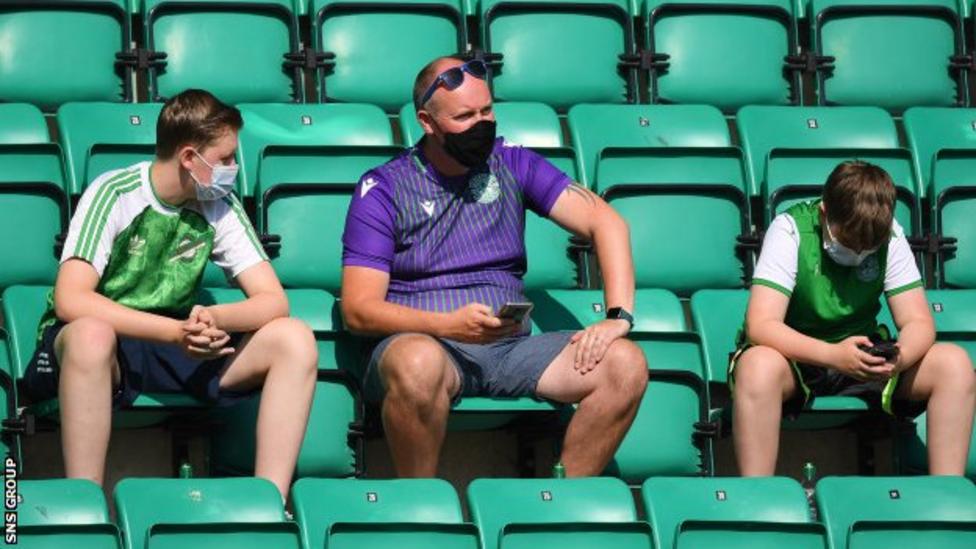 Most festive sport in Scotland will be “effectively spectator-free” as the government continues the fight against Covid-19’s Omicron variant.

The restrictions, affecting all levels of sport, start on 26 December for a three-week period.

Outdoor events will be limited to 500 people, with one metre social distancing in place, first minister Nicola Sturgeon has confirmed.

It comes amid surging numbers of Omicron cases across the country.

Hogmanay events cancelled as Covid rules tightened in Scotland
All clubs across the four divisions of the Scottish Professional Football League are required to conduct daily tests in a bid to get through the traditionally busy festive schedule.

The Scottish Premiership is due to shut down on 4 January for two weekends, with Livingston manager David Martindale among those calling for an earlier implementation of the winter break.

Three top-flight matches on Wednesday will not be impacted, but there is a full card of fixtures on Boxing Day and all clubs in the Premiership and Championship play on 29 December.

There is an Old Firm derby at Celtic Park and a Dundee derby at Dens Park scheduled for 2 January, with Hibernian hosting Edinburgh rivals Hearts the following day.

In rugby, Glasgow Warriors and Edinburgh meet on on league duty on 27 December and 2 January, while Musselburgh hosts horse racing on New Year’s Day.

With indoor seated events limited to 200 people, ice hockey and basketball will be affected.

Scottish sporting venues returned to unrestricted numbers for the first time since March 2020 in August.

But Ms Sturgeon said the new measures will “of course, make sports matches, including football, effectively spectator-free over this three week period”.

It is understood much of the concern is centred on fans travelling to and from matches and close contact with other people in queues and toilets.

The emergency services are also said to be keen to free up staff for other priorities – especially at a time when high numbers of personnel are having to self-isolate.

People in Scotland have already been asked to stay at home as much as possible and to limit gatherings to groups of no more than three households in the run-up to and immediately after Christmas Day.

The first minister added that the precautionary steps feel “distressingly similar” to ones taken last Christmas, but said: “Although it might not feel like it, we are in a much stronger position than last year.”

Scotland’s national clinical director, Professor Jason Leitch, warned on Monday that the country was “nowhere near” the peak of the Omicron wave.