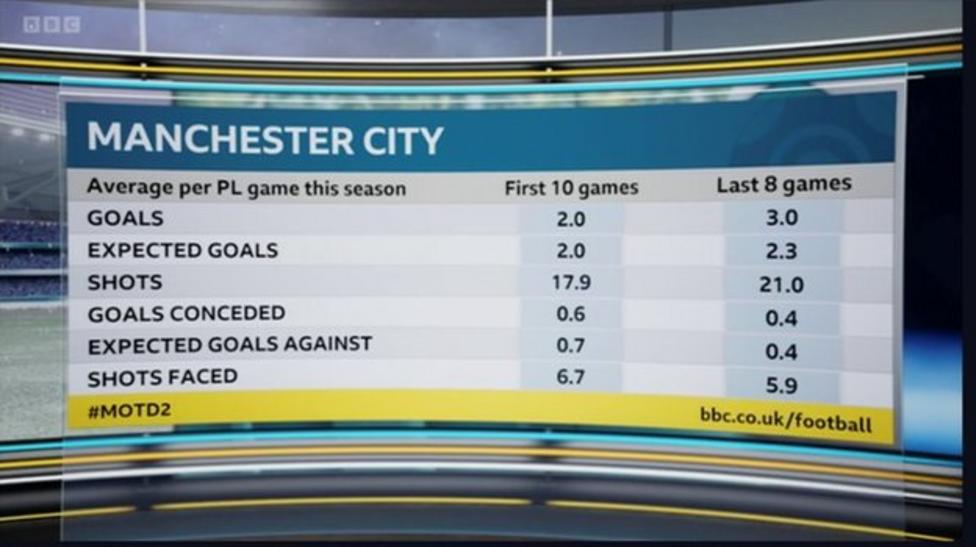 Man City will be top at Christmas after winning eight straight games but I don’t think any team will take control of this Premier League title race for a long time yet.

At the moment, it is City’s turn to make everyone say ‘wow’ at the way they are playing. Some of their football is amazing and they are strolling through many of their matches.

They currently look the team to stop, but I have thought the same about Liverpool and Chelsea at different times this season and I am sure we will soon be talking again how strong those two look.

Snapshot of the top of the Premier League: 1st Man City, 2nd Liverpool, 3rd Chelsea
City hit top spot for the first time this season after beating Watford 3-1 on 4 December, and have stayed there ever since
What I am expecting over the next 20 games is exactly the same as what we have seen so far. I am convinced things will keep on changing, with the leading trio continuing to flip-flop their positions at the top.

Last year, it was City who put together a stunning run in the second half of the campaign, winning 15 league games in a row from 19 December to 2 March.

Pep Guardiola’s side were eighth at Christmas 2020, eight points behind leaders Liverpool, and finished up 12 points clear of the pack.

This time the circumstances are different, and it is not just a case of wondering who will hit form in the new year.