The Ashes: Scott Boland added to Australia squad for third Test in Melbourne 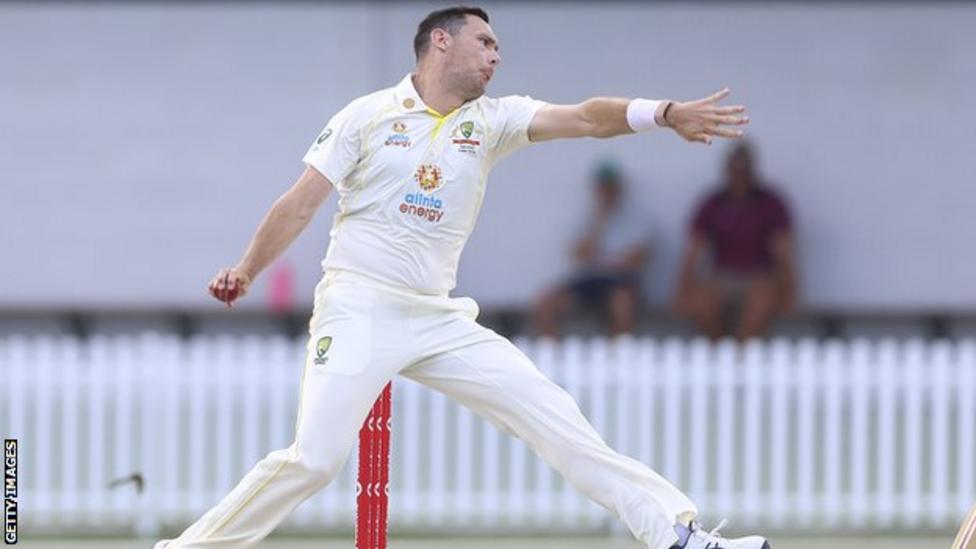 Boland, 32, joins the squad while the medical team assesses the fast bowling group following Australia’s 275-run win in the second Test in Adelaide.

Mitchell Starc appeared to twinge his back while batting.

Captain Pat Cummins was absent after being deemed a close contact of someone who tested positive for Covid-19, while Josh Hazelwood had a side strain.

Both Cummins and Hazlewood have returned to the squad for the third Test.

Australia are 2-0 up in the five-Test series with the third Test at the Melbourne Cricket Ground starting on December 26.

Australia would ‘love’ a 5-0 win – Smith
‘I’d pick same two teams again’ – Silverwood
‘We made the same mistakes’ – Root despairs after second heavy defeat
Boland, who has played 14 one-day internationals and three Twenty20 Internationals, has been in good form for Victoria in Australia’s domestic Sheffield Shield competition, taking 15 wickets from two matches against New South Wales at an average of 10.

He also played for Australia A against the English Lions in Brisbane earlier this month before joining the main squad in Adelaide for training.

After Melbourne, the fourth Test will take place at Sydney, with the fifth, which will also be a day-night match, moved to Hobart from Perth because of Covid-19 restrictions in Western Australia.