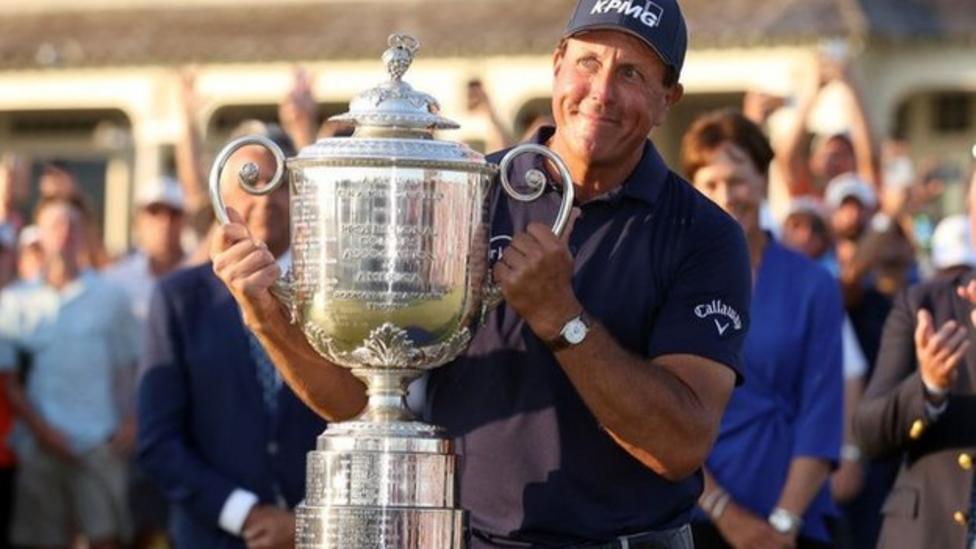 It has been a record-breaking year in golf with Europe suffering their biggest Ryder Cup defeat, the Masters won by Japan’s Hideki Matsuyama – the first Asian-born winner at Augusta – and Phil Mickelson becoming the oldest man to win a major.
There was drama on and off the course in a year when the sport became more popular than ever. More than 66 million people are playing the game worldwide and in Britain there are now nearly six million golfers.

So, as we head down the closing stretch of 2021, here’s a quick nine of some of the year’s biggest talking points.

Victory of the year

This could easily have gone to Richard Bland for his British Masters success, a first European Tour triumph at the 478th attempt. But the accolade must go to was Europe’s steely 15-13 Solheim Cup win.

Without any away support and few friends or family in attendance, the visiting women pulled off a sensational conquest over the US in Ohio in September.

It was only Europe’s second away win in the 31 years the event has been contested but they controlled proceedings throughout.

Captain Catriona Matthew led with calm authority and pairing Leona Maguire with Mel Reid proved an inspired move. Ireland’s Maguire emerged from an astonishing debut with four and a half points out of five.

It was a second win for Matthew as skipper. Suzann Pettersen was among the Scot’s backroom team and the new captain has a huge act to follow.

Shocker of the year

This has to be the performance of Europe’s men, who slumped to a record 19-9 Ryder Cup defeat at Whistling Straits.

The United States were blessed with a surfeit of hungry, young talent but also outwitted the previous holders long before a ball was struck in anger.

Absurdly, Shane Lowry needed a pick after he was knocked out of the automatic spots at Europe’s final qualifying event by Bernd Wiesberger, who was beaten by the Irishman at that Wentworth decider.

As a result there was no room for Justin Rose. Not that the result would have been altered, but it is hard to argue Europe fielded their strongest team.

Shot of the year

Clearly, there are many candidates.

Jon Rahm’s putt to win the US Open was a brilliant way to land a first major, but I’m going for a blow struck at a less significant tournament.

Bryson DeChambeau’s tee shot at the sixth at Bay Hill in the third round of the Arnold Palmer Invitational audaciously summed up the times.

With a distance debate raging, here was the reigning US Open champion aiming to drive the green on a 555-yard par-five hole.

He was trying to do it as the crow flies across a large stretch of water that borders the left side of the hole’s conventional routing. He propelled the shot 370 yards.

Urged on by galleries that had only just been allowed back into professional sport, DeChambeau raised both arms in triumph as his ball cleared the lake and landed just 50 yards from the green. It was such a joy to hear the accompanying roars.