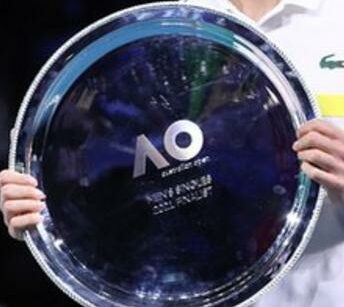 Serbia’s Djokovic, 34, has not spoken publicly about his vaccination status.

All players and staff at the Australian Open must be vaccinated or have a medical exemption granted by an independent panel of experts.

“If Novak Djokovic shows up, he’ll be vaccinated or have a medical exemption,”

However, Tiley is confident Spain’s Rafael Nadal will be there despite testing positive for Covid-19 this week.

The Australian Open starts in Melbourne on 17 January, with players starting to arrive in the country over the next week for warm-up events.

Djokovic, who would be going for a record 21st men’s Grand Slam title and 10th Australian Open title, is down on the entry list.

He is also named in the field to play for Serbia in the ATP Cup, which starts in Sydney on 1 January.

Tiley said “a small percentage” of unvaccinated players and staff would be granted medical exemptions. He said he was not aware of any players informing organisers they had an exemption.

Tennis Australia said applications for an exemption would initially be reviewed by an independent panel of doctors from the fields of immunology, infectious disease and general practice.

Applications that meet the national guidelines set by the Australian Technical Advisory Group on Immunisation (ATAGI) will be subjected to a second review, conducted by a government-appointed panel of medical experts, the Independent Medical Exemption Review Panel.

“We want to have the best players here, I’d love to have Novak here. If he meets those conditions then great, if not, it’s disappointing,” added the Tennis Australia chief executive.

“Medically, he doesn’t talk to anyone about it. I’m not going to ask Novak that, it’s none of my business.

“[If he is here] I will know that he fulfils one of those conditions.”

Nadal, who is tied with Djokovic and Switzerland’s Roger Federer on 20 major titles, tested positive for Covid-19 after returning to Spain from the Mubadala World Tennis Championship in Abu Dhabi.

Nadal was the fourth player to return positive tests after travelling to the event.

Britain’s US Open champion Emma Raducanu withdrew before the start of the tournament, while Switzerland’s Belinda Bencic and Tunisia’s Ons Jabeur have both tested positive in recent days.

“Players that are testing positive now will complete a period of time until they are no longer infectious and they will be fine. If you are going to test positive and you want to play the Australian Open, your timing would be now.”