Geraint Thomas has signed a new two-year contract to remain with Ineos Grenadiers. 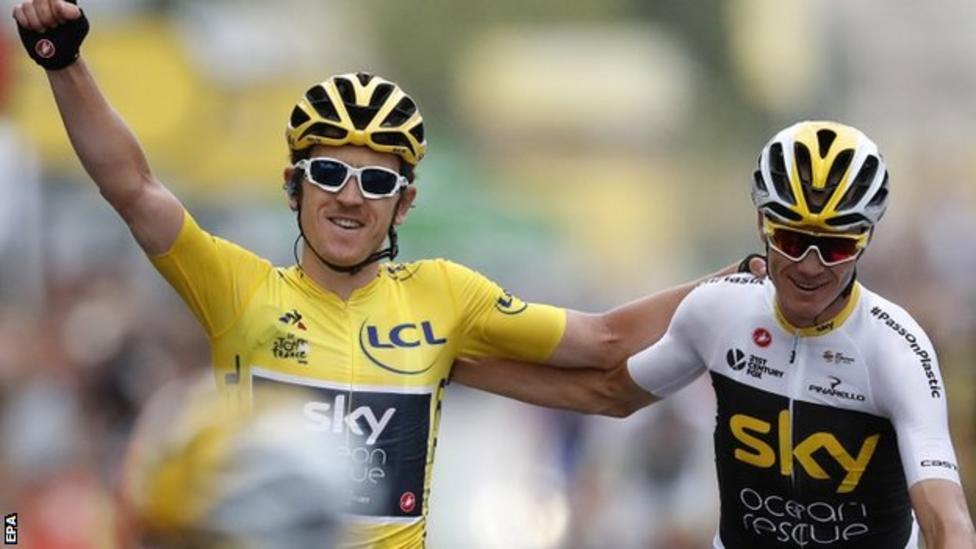 In October, the 2018 Tour de France champion said there had been “long and tough” negotiations, but he expected to stay with the team he first joined in 2010 then called Sky Procycling.

“I’m super excited about the last few years of my career with the team,” the Welshman said.

“People keep asking me what my role will be and obviously I want to keep winning myself, but being a part of a winning team and having fun with some of my best mates is as important – and to do that I’ll need to be at my best.

“I’m still super motivated to work hard and train hard. That’s what I love doing. I still really enjoy riding my bike, pushing myself. When you can see the finish line of your professional sporting career, you want to make the most of it every day and make it all count.”

Thomas signed his previous contract on improved terms in 2018 shortly after winning the Tour de France, where he finished as runner-up the following year.

But his past couple of seasons have been disrupted by crashes and subsequent injuries, denying him the opportunity to contest further Grand Tour titles.

However, he remains a respected and influential figure at Ineos and he won the Tour de Romandie earlier this year.

“Obviously I had a tough end to 2021 but up until the crash at the Tour, I was in the best shape I’d been,” Thomas said.

“I’m still very motivated to perform in the biggest races. I’ll probably look at doing the Ardennes which I’ve never done properly. That’s exciting and new, and hopefully then go on the Tour to play a big role there.”

Thomas faces competition from team-mates such as Egan Bernal and Richard Carapaz to lead the team in future Grand Tours and may have to settle for a support role.

“The team has evolved a lot over the past 12 years,” he added.

“The vibe in Mallorca camp compared to recent years feels different with lots of young, new guys and fresh faces.

“Everyone is excited about going forwards as a team, closer together. I want to play a key role in that.”