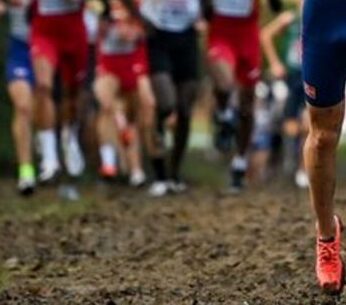 With the senior women and men’s under-20s also securing team titles, the British tally matched their figure at the last championships in Lisbon when they also topped the medals table.

But Ingebrigtsen was the athlete the big Dublin crowd had come to see and he duly delivered by outclassing his opponents to add a first senior title to his four previous successive triumphs in the under-20 event.

Early on, the Norwegian found himself 20 metres off pace as we wondered if the Irish muck was not going to be his liking but by the start of the penultimate lap he was in a leading group of four with 2019 champion Kaya, France’s Jimmy Gressier and Italy’s Yemaneberhan Crippa.

A stitch forced Crippa to retire as Kaya continued to force the pace before the Olympic 1500m champion put the race to bed with a stunning burst at the start of the final lap as he suddenly was 50 metres clear of the Turk with three-time under-23 winner Gressier holding on for bronze.

Asked whether the race had been as easy as it appeared, Ingebrigtsen did have the modesty to hesitate before eventually concurring.

“Yes, though it’s a 10km and outside the track is always a tough race. At the same time, I felt good and I’ve been training really well the last couple of months. I know I’m in good shape,” said the 21-year-old, who described his final lap as “just increasing the pace slightly”.

“I realised when we were four guys in the front, I was working hard, and at the same time, I realised that the others around me were breathing at least as hard as me and even more.

“That’s a really motivating feeling at that point.”

Ingebrigtsen, who needed some medical repairs following the race after being spiked early on, added that his decision to compete in Dublin had been a relatively late call.

“I enjoy racing and I enjoy competing for medals. At the same time, cross country is really tough and I don’t like to be in pain.

“I had to make up my mind all the way up to the championships but I’m happy that I came here,” added the Olympic champion, whose win also helped Norway clinch team bronze as Gressier’s third place set up France’s gold ahead of Spain.