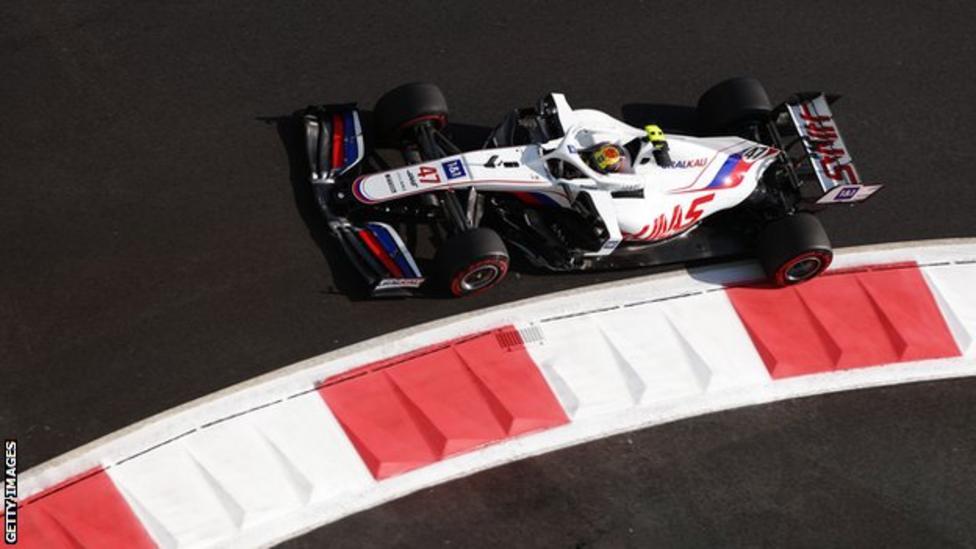 Mick Schumacher will combine his race seat at Haas in 2022 with a role as Ferrari’s reserve driver.

Giovinazzi will assume the role at 12 races while Schumacher will fill in at the other 11 when the Italian is racing in Formula E.

A reserve driver stands in for the regular drivers if they are unable to race.

Schumacher’s race seat at Haas would be taken by Brazilian Pietro Fittipaldi if the German was needed by Ferrari.

Giovinazzi lost his seat in F1 at the end of the season after three years with Alfa Romeo. He will also be available to Ferrari’s customer teams Haas and Alfa Romeo when he is at races with the factory team.

Ferrari team principal Mattia Binotto said of Schumacher, son of seven-time champion Michael Schumacher: “He is a Ferrari driver. We should not forget that. He has been part of the academy and the reason we have an academy is to identify who can be the next Ferrari driver for the future.”

“If I look at the last races he was a lot closer to cars ahead even though Haas did not really develop the car at all,” Binotto said. “So the fact he was closer showed he had good improvement on the speed itself.”

A new contract for Sainz?
Carlos Sainz
Sainz celebrated his maiden podium for Ferrari at the Monaco Grand Prix in May
Binotto added that he hoped to negotiate an extended contract with Carlos Sainz over the winter before the start of the 2022 season.

The Spaniard joined Ferrari on a two-year contract at the start of this year and had an impressive debut season, finishing ahead of team leader Charles Leclerc in the championship by five and a half points.

“With Carlos, we will discuss through the winter time the extension of his contact,” Binotto said. “He worked very well during the season. I’m very happy with the way he integrated and has been performing on track.”

Leclerc is committed to Ferrari until the end of 2024 and Binotto said that he had been “very happy” with the Monegasque’s performances through the season.

He pointed out that Leclerc would have scored in the region of 40 more points had his car not retired before the race when Leclerc was on pole in Monaco, and had he not been taken out in the multi-car pile-up at the wet start in Hungary.

Hopes in check for 2022
Ferrari finished third in the constructors’ championship this year despite taking the decision not to develop their 2021 car once the season started so they could put maximum effort into the new technical rules being introduced next season.

But Binotto said he “cannot be confident” Ferrari will be in a position to challenge Mercedes and Red Bull for the championship in 2022.

“The gap to the lead it is still significant showing that those teams are very strong,” Binotto said. “So the fact we have put a lot of effort on 2022 and making that the priority was a necessity, because we knew if we had not done that it would have been difficult to have a good car, a competitive car in 2022.

“The new regs are a clear opportunity. The hope is to be competitive, which means being in a position to win races.

“Does it mean we can fight for a championship? I think if I look at today, the gap is too big. But as Ferrari what is important is to be capable of fighting at least in some races for the pole position and the win.”

Binotto said that Ferrari had not set a date on which their new car would be revealed to the public, but that it would be around 16-18 February.