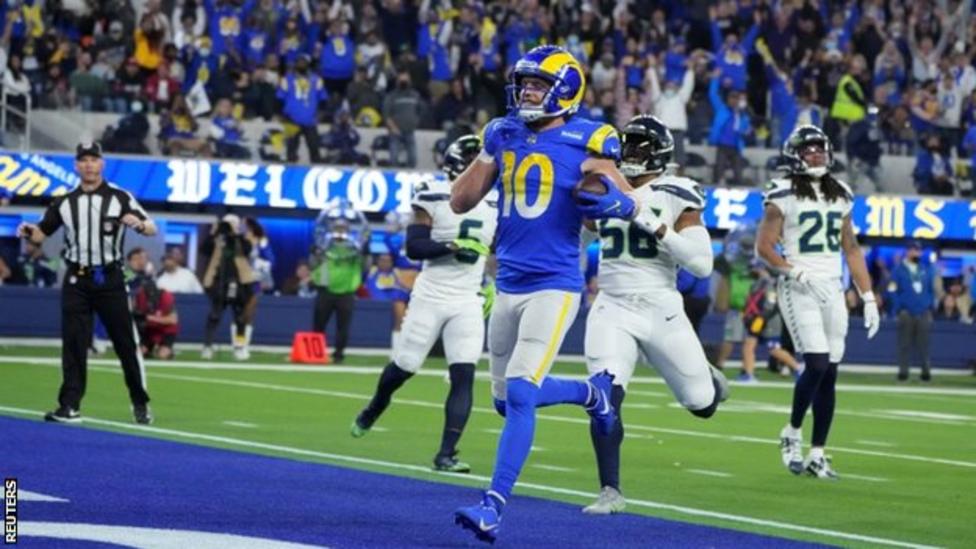 NFL: Matthew Stafford threw two touchdown passes to Cooper Kupp as the Los Angeles Rams fought back to win 20-10 at home to the Seattle Seahawks.
The Seahawks took a 10-3 lead early in the third quarter, but the Rams recovered to earn a third straight win.

The Rams are now 10-4, level with the Arizona Cardinals atop the NFC West.

In Tuesday’s other rearranged game, quarterback Jalen Hurts made a winning return as the Philadelphia Eagles beat the Washington Football Team 27-17.

Stafford completed 21 of 29 passes for 244 yards in the Rams’ win while Kupp made nine catches for 136 yards and continues to lead the league for receiving touchdowns (14) and receiving yards (1,489).

The Seahawks had won their previous two games but are now 5-9 and are set for a losing record for the first time in quarterback Russell Wilson’s 10 seasons in the NFL.