Serie A: Udinese vs Salernitana off 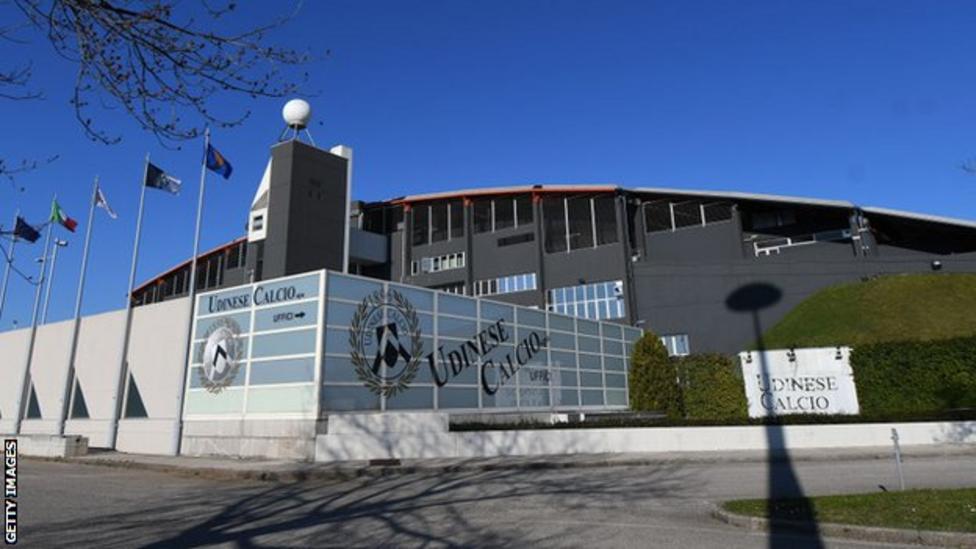 Udinese’s match with Salernitana did not take place because Salernitana were forbidden from travelling from their area by local health authorities.

Udinese nevertheless announced their team news and warmed up for Tuesday’s match as normal at their home ground.

The same situation occurred last season between Juventus and Napoli, with the visitors having to forfeit the match.

Napoli eventually won an appeal and the match was replayed.

“The league is right not to postpone the game. They have a duty to protect the regularity of the league season and a game must not be postponed because a player tests positive,” Udinese director Pierpaolo Marino told DAZN.

“We went to Rome to play Lazio with seven players and our coach out with Covid last season. And we won 3-1.”

Salernitana’s sporting director Angelo Fabiani said they were following orders by not travelling for the game.

“It isn’t up to us, we paid for a plane journey and then spent more on a charter flight. But if the authorities ban you from going, what can we do?” he said.