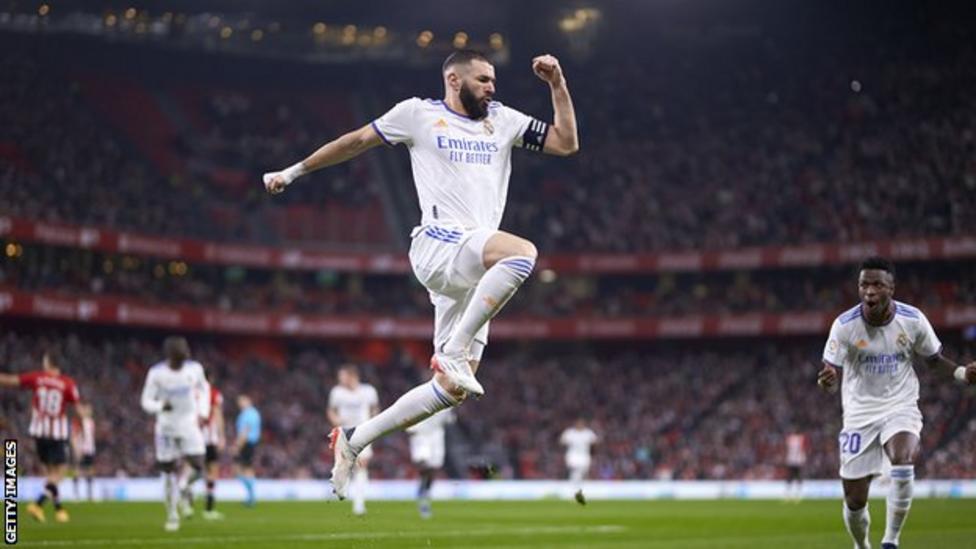 Benzema’s quickfire double put Real 2-0 up after just seven minutes to move to 20 goals for the season.

A fine strike from the edge of the box by Oihan Sancet brought the home side back into the game three minutes later.

Nico Williams had the best chance to level for Bilbao in the second half, but Thibaut Courtois made a fine save.

Inaki Williams was also denied by an excellent tackle by Eder Militao on the edge of the box as the forward looked to burst into the penalty area.

Real could have extended their lead in the closing stages when they twice hit Bilbao on the break, but goalkeeper Julen Agirrezabala made fine stops to deny Eden Hazard and Toni Kroos.

The win means Carlo Ancelotti’s side go into the Christmas break in a dominant position at the top of the table, though they have played a game more than nearest challengers Sevilla.

They have lost just twice in 25 matches in all competitions this season, with their last defeat coming against Espanyol on 3 October.