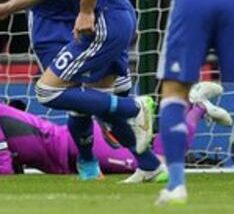 Arsenal will face Liverpool in the semi-finals of the Carabao Cup, while Chelsea will meet Tottenham. Both semi-finals will take place over two legs – with the first of each played in the week commencing 3 January 2022.

The deciding legs will take place in the week commencing 10 January, with the final at Wembley on 27 February.

Eight-time winners Liverpool came from 0-2 and 1-3 down to make it 3-3 before they beat Leicester 5-4 on penalties in a thrilling quarter-final on Wednesday.
The Reds have not won the competition since 2012.

Arsenal, 5-1 winners over Sunderland on Tuesday, have lost three finals since their last League Cup triumph in 1993.

When the two sides met at Anfield in the Premier League on 20 November, Liverpool manager Jurgen Klopp and Arsenal boss Mikel Arteta were involved in an angry touchline exchange. The Reds won the match 4-0.

Tottenham have not won a major trophy since beating Chelsea 2-1 in the 2008 final.