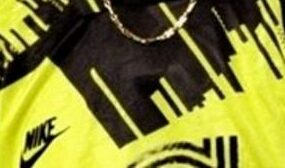 The Germany striker whose name means failure – and how he found success. Frank Mill must feel like Marty McFly, the main character from Back to the Future. Regardless of what he’s up to, he is continuously being dragged back to the mid-1980s.

It was Mill’s first game for Borussia Dortmund. Just before half-time, he was played clean through. One pass split the Bayern Munich defence and, after dribbling past the keeper, he found himself in front of an empty goal. What happened next is often described in Germany as the ‘miss of the century’.
Mill waited too long. With an open net in front of him, he took an extra touch to steady himself, slightly to the side of the six-yard box, delaying what seemed like the inevitable. As the keeper came rushing back, sliding in to make a hopeless attempt to block, Mill suddenly ran out of rhythm and the ball held up in his feet. When he finally did shoot, he hit the post. The ball bounced back to a waiting Bayern defender.

Even 35 years on, whenever anybody in German football misses a good chance, it doesn’t take long for commentators to bring this story up. Reporters will call him asking for an opinion. The very act of failing to score from an open goal is known as ‘a Mill’. He’s fielded a lot of questions about Timo Werner over the past few years.

Mill, now 63, is continually forced to recall the actions of his most embarrassing professional moment. He takes this philosophically. He won’t refuse to answer if he has been asked in a proper way.

“Several years ago, I went to a local butcher’s shop with my good old friend Matthias Herget, the former West Germany defender,” he says.

“An old lady behind the counter wrapped our bread and sausages and when she raised her eyes, she exclaimed loudly: ‘Ah! You hit the post!’

“Whenever a guy on the street screams my name and tries to taunt me, I just refuse to react. In general, though, after all this time, I really can laugh about myself.

“It was nuts. I wanted to make the Bayern players look ridiculous, to roll it over the line. But I ran faster than the ball and lost control. It just lay between my legs and then suddenly it happened…”

When the scene was shown on German TV, Mill’s miss went viral, 1980s style. It wasn’t instantly plastered all over the internet of course, but it dominated the tabloid media, while fans talked about it endlessly.

And even back then, it spread around the world.